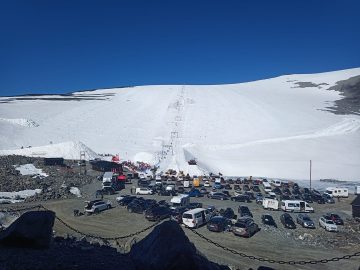 Issued: 21 July 2021 By Patrick "Snowhunter" Thorne European Roundup North American Roundup Asia Roundup Southern Hemisphere WORLD OVERVIEW We’re in mid-summer, or mid-winter, depending on which side of the world you’re on. Snow has been falling on most ski slopes in the Southern Hemisphere this past week and most resorts are open now in Australia, New Zealand, South America and southern Africa. Although a few remain closed, including a few famous names like Portillo and Las Lenas; the latter due to there being no snow at all there at present after some promising pre-season dumps.In terms of snowfall around the world this past week, it has been a much snowier week than previously in July 2021 so far. There were