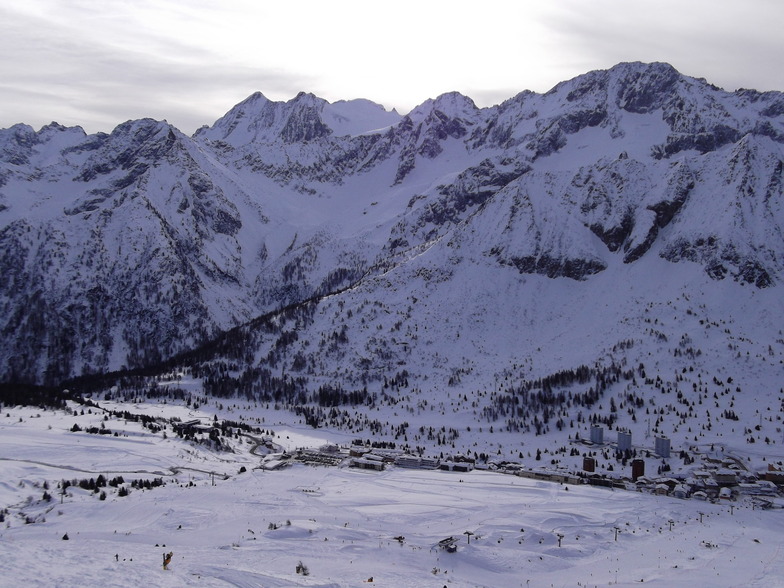 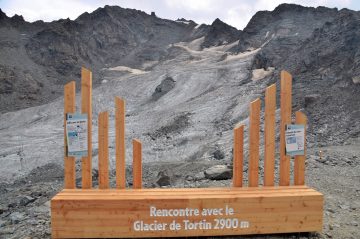 A study by the Swiss Academy of Sciences released this week reports that the country’s glaciers’ ice volume declining by 6% over the spring and summer. Switzerland has more glaciers than any other Alpine nation. The Alps saw unprecedented high temperatures even at 3000-4000m altitude,&nbsp; far above freezing. The hot temperatures followed below average snowfall last winter meaning there was less of a snow cot to reflect the heat from the ice and it quickly melted away. “2022 was a disastrous year for Swiss glaciers: all ice melt records were smashed by the great dearth of snow in winter and continuous heat waves in summer,” the academy said in a statement. The academy based its report on data collected by

After several years boarding in Monterosa, we came to Passo Tonale to explore the off-piste potential. Alas, when we arrived, it hadn't snowed for 3 weeks and the off-piste was like concrete. So a week of ever faster boarding on ice beckoned. Given the poor conditions, the pistes were groomed well and held up in to the afternoon. The main bowl is busy and irritating netting makes traversing difficult. Then long reds either side are good, but not really worth the effort. Get up early and ride the gondola to 3000m and then blast down the red and black runs a few times before heading to the trees and Ponte di Ligna. Without the off-piste, there isn't really enough for a whole week but this is a good value resort and if the snow had been better, we would have probably had a great week.